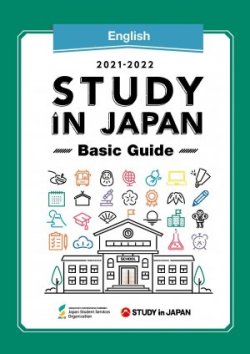 International Student Survey in Japan, 2021 investigates the enrollment situation of international students in Japan (in the fiscal year 2021, as of May 1) at graduate schools,universities (four-year institutions), junior colleges (two-year institutions), colleges of technology, professional training colleges, Japanese language institutes and university preparatory courses (hereafter collectively referred to as "Japanese School") . The objectives of this survey are to acquire a deeper understanding of international students' facts and figures in Japan.

Note 1: This survey had been conducted annually by Ministry of Education, Culture, Sports, Science and Technology (MEXT) until 2003, but is now administered by Japan Student Services Organization (JASSO), which was established in April 2004 as a quasigovernmental organization that provides scholarships and support programs for both international and Japanese students.

Note 2: The term "international student" as used in this survey is defined pursuant to provisions of Appended Table 1 of the "Immigration Control and Refugee Recognition Law," as a student from a foreign country who is granted the status of residence as " Student" and who is receiving education at a Japanese School.

Note 3: A new simplified student visa framework was launched on July 15, 2009 under the Immigration Control and Refugee Recognition Act; international students enrolled in Japanese language institutes were incorporated in 2011 from "Pre-College Student" to "Student".

Note 6: "Short-term international students" refer to students who enroll in Japanese Schools to take less than one year of courses and obtain credit but do not necessarily receive an academic degree. These courses offer a variety of programs related to Japanese language or culture.

Note 7: The university preparatory course designated by MEXT is for international students who are pursuing higher education but who have not completed a total of twelve years' worth of precollege education yet.

Note 8: Among the Japanese government scholarship students, those who enrolled in the university preparatory courses, are counted as Japanese language students since 2020, instead of counting them as students in their planned type of school after the completion of their preparatory courses.

Note 9: The number of this survey includes the international students who had not entered in Japan by May 1, 2021 due to the immigration restriction caused by the Covid-19 pandemic, as long as they had finished their enrollment procedures and obtained the Certificate of Eligibility (COE).

Note 10: The sum total of each item may not exactly match the number shown in the table's total values column/row because the numbers have been rounded off.

This survey aggregated the answers from Japanese Schools as of January, 2022

2. Trends in Number of International Students by Source of Funds (As of each May 1) 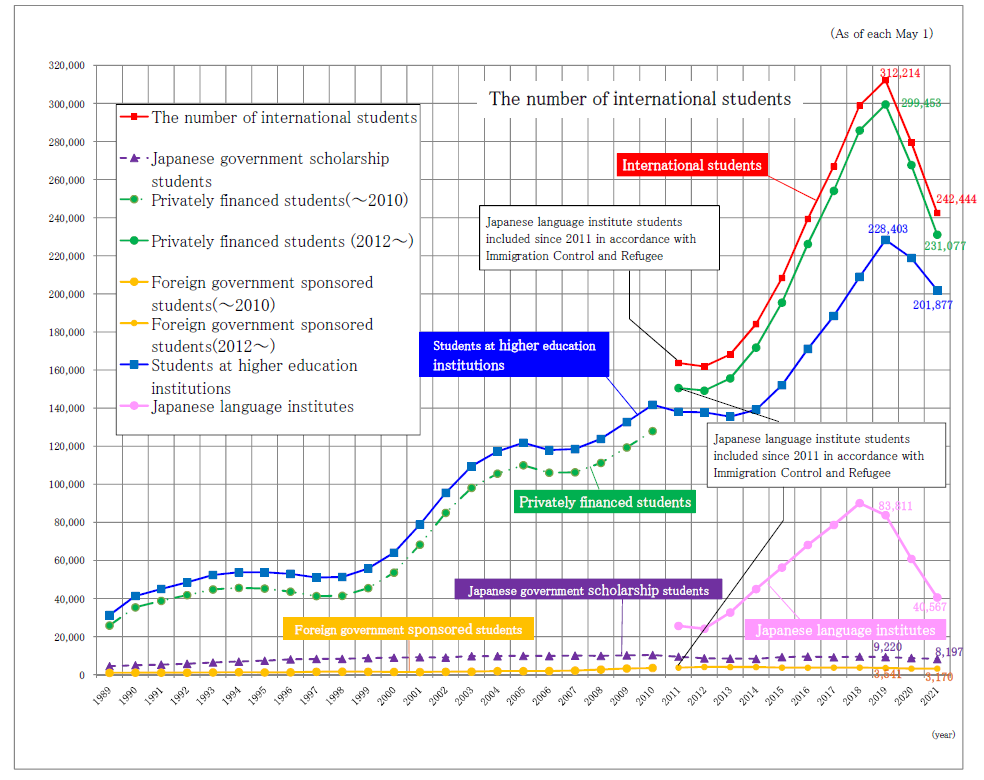 Trends in Number of International Students by Source of Funds

3. Trends in Number of International Students by Institutional Type (As of each May 1) 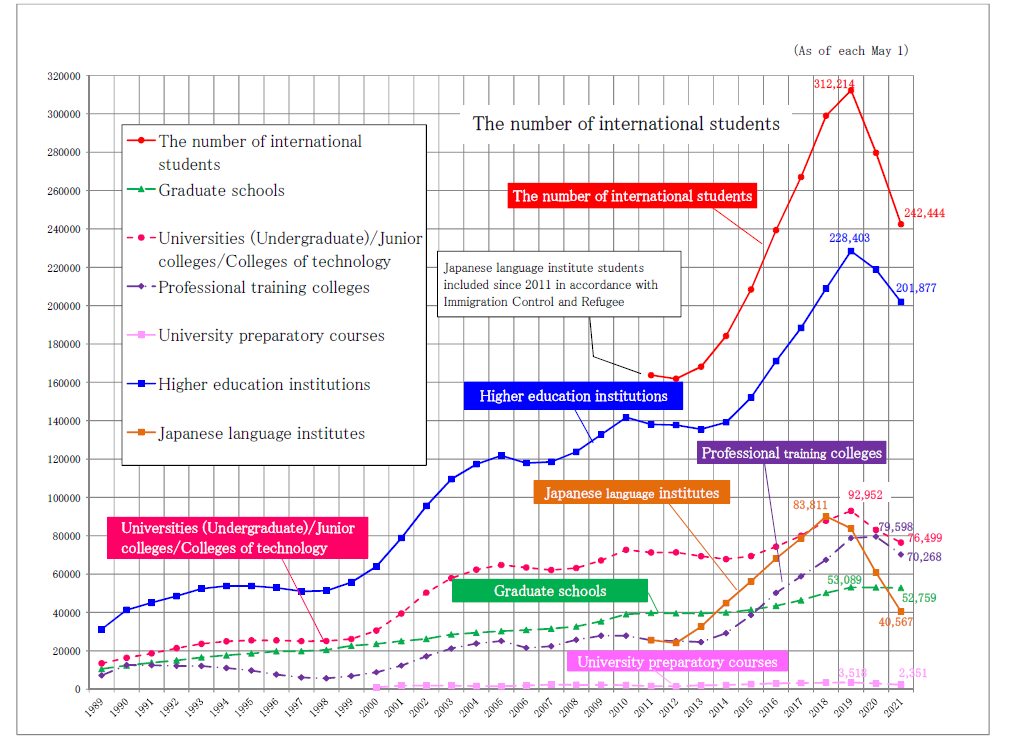 Trends in Number of International Students by Institutional Type